It's done. Hopefully it will be on the App Store in less than a week. I'm happy. And tired. And happy.
No comments:

For any issues you may encounter, please contact me at somepeaceofmindgame@hotmail.com

This page is used to inform visitors regarding my policies with the collection, use, and disclosure of Personal Information if anyone decided to use my App.

This used to be a long article saying nothing more than this:

"Some Peace Of Mind" doesn't collect any user information, doesn't use cookies, or ads, or any third party content that does any of the before mentioned actions, to best of my knowledge.

I want to inform you that whenever you use my Service, in a case of an error in the app I may collect data and information (through third party products) on your phone called Log Data. This Log Data may include information such as your device Internet Protocol (“IP”) address, device name, operating system version, the configuration of the app when utilizing my Service, the time and date of your use of the Service, and other statistics.

Links to Other Sites

This Service may contain links to other sites. If you click on a third-party link, you will be directed to that site. Note that these external sites are not operated by me. Therefore, I strongly advise you to review the Privacy Policy of these websites. I have no control over and assume no responsibility for the content, privacy policies, or practices of any third-party sites or services.

Some Peace Of Mind for iPad is almost complete now. I'm still aiming for a Christmas release, although it's not extremely likely. The game is 100% playable from start to finish, but I still need to put sounds and music to it.. which is not an easy task.

As I'm eager to get it out to the world, I've decided to save the iPhone version for bit later. Maybe a week or two. A Mac release will also be available, but this may take a while. An Apple TV app is not very likely to happen any time soon though.

Oh! And by the way, I am a publishing under Lazy Sunday Games. Which is.. me. 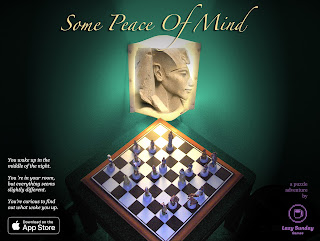 Cup on Table by dersuperanton

Tube Amp turning on by garnern

Getting up from bed by avakas

A Remastered version for iPad is coming! No, seriously..!

Exciting news everybody!!! (Where everybody = half the person who still follows this blog.)

Believe it or not, after 10 years Some Peace Of Mind is getting a little bit of refreshment, call it a Remastered version if you will. Or a Special Edition thing, I won't judge.

It's happening, for real! I've been working on it for a couple of months now, like every day.

So, when is it coming?

I'm struggling to get it out by Christmas 2020. It's a tough call, but I'm working hard on it.

Honestly, I just wanted an excuse to learn how to make mobile apps. So I thought, wait a minute, I could rewrite Some Peace Of Mind for a modern platform so it doesn't fall into an eternal oblivion of indie Win32 games. At least, its soul can now rest peacefully (pun intended) on a gigantic tech company's server. Also, I was told that Escape Rooms and stuff are cool now. Well, SPOM was released before escape rooms were even a thing.

Sadly not any plans at the moment. Over the years, I had far too many game ideas, but game development and design in general needs massive amounts of time and expertise (if it needs to be any good). In other words, it's just too much for a lonely indie dev with a regular job and a family to do by himself. Things may change in the future of course, but not without finding the right artist to draw stuff on a screen, because that I cannot do.

Thank you for your interest, my favorite half-person who still follows this blog. We'll keep in touch!

Some Peace Of Mind is an indie short adventure game that was created by Stefanos Kostaras.

It takes place in a small room, where our player is waken up by a strange man in the middle of the night. This man leaves clues here and there in the room, to lead the player to his, so called, "redemption".

This short game, was created with Adventure Maker 4.6.1, and it's based on the Myst navigation system. It's absolutely free to download and to share with anyone you'd like to.

The estimated game play is between 1 and 2 hours (more if you take your time and search for the easter eggs)!

Download links are located on the right side of this page. Thank you. 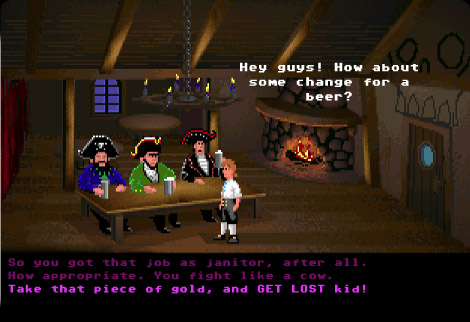 This is a freeware game, but you can always donate any amount of money if you feel like doing so, on the right side of this panel using paypal. This way I hope to earn my money back I spent on buying Adventure Maker, and maybe even try to make something longer and better.


Thank you.
No comments:

The following websites were kind enough to include short reviews of "Some Peace Of Mind":

You can donate 2 or 3 euros/dollars if you liked the game. Thank you.

Send me an email! 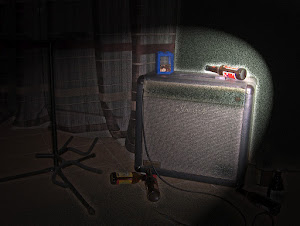 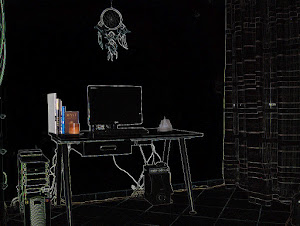 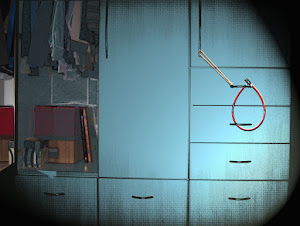 Did you like Some Peace Of Mind? Please, spread the word, thank you.